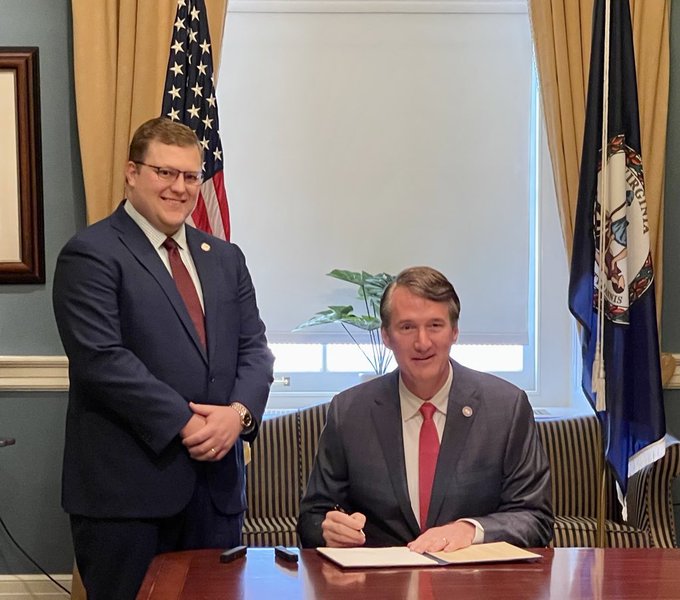 RICHMOND, VA – Today, Governor Glenn Youngkin signed HB1303 into law after it passed the House 95-5 and the Senate 36-3. Delegate Wren Williams had introduced HB1303 in the House on January 19th, where it quickly gained sweeping bipartisan support. The bill classifies Parole Board votes as public information and subject to the Commonwealth’s Freedom of Information Act (FOIA).

“The conduct of Virginia’s Parole Board can have a massive impact on the lives of Virginians,” Williams said. “They have the power to release violent criminals into neighborhoods and completely upend the lives of victims, their families, and their loved ones. We must never forget these parole board members are appointed to be public servants. This law makes them subject to the accountability and transparency that having such power over Virginians requires.”

“This is a huge victory for all Virginians. The days of the parole board abusing their authority to hide their votes, ignore the laws, and show contempt for victims and law-abiding Virginains are over. Moving forward, the Parole Board’s power will come with accountability and transparency. With HB1303 now signed into law, we have kept the promise we made to Virginians. We have brought these votes into the sunlight.”

Williams submitted this legislation to remedy the series of scandals about the Parole Board’s votes and disregard for the law, which led to convicted murderers and cop-killers being released on the street with no notice given to victims’ families. Williams’ bill spearheads the bipartisan, Republican-led effort to make the Parole Board’s actions transparent and accountable.

Wren Williams is currently the sitting delegate representing Virginia’s 9th House District, serving on the Committee on Public Safety, Committee on Privileges and Elections, and the Committee on Courts of Justice. Prior to running for the House of Delegates, Wren served as Chairman of the Patrick County Republican Committee, where he increased membership, helped flip the board of supervisors to Republican control, and raised money to make Patrick County one of the most active Republican Committees in the Commonwealth, earning the Republican Party of Virginia’s “Unit of the Year” award. During the 2020 election, Wren traveled the country to help the Republican National Committee (RNC) and President Trump fight for voter integrity in the courtroom in Wisconsin. Outside of politics, Wren lives in Stuart, Va. with his wife, Britt, where they own and operate Schneider & Williams Law Firm.