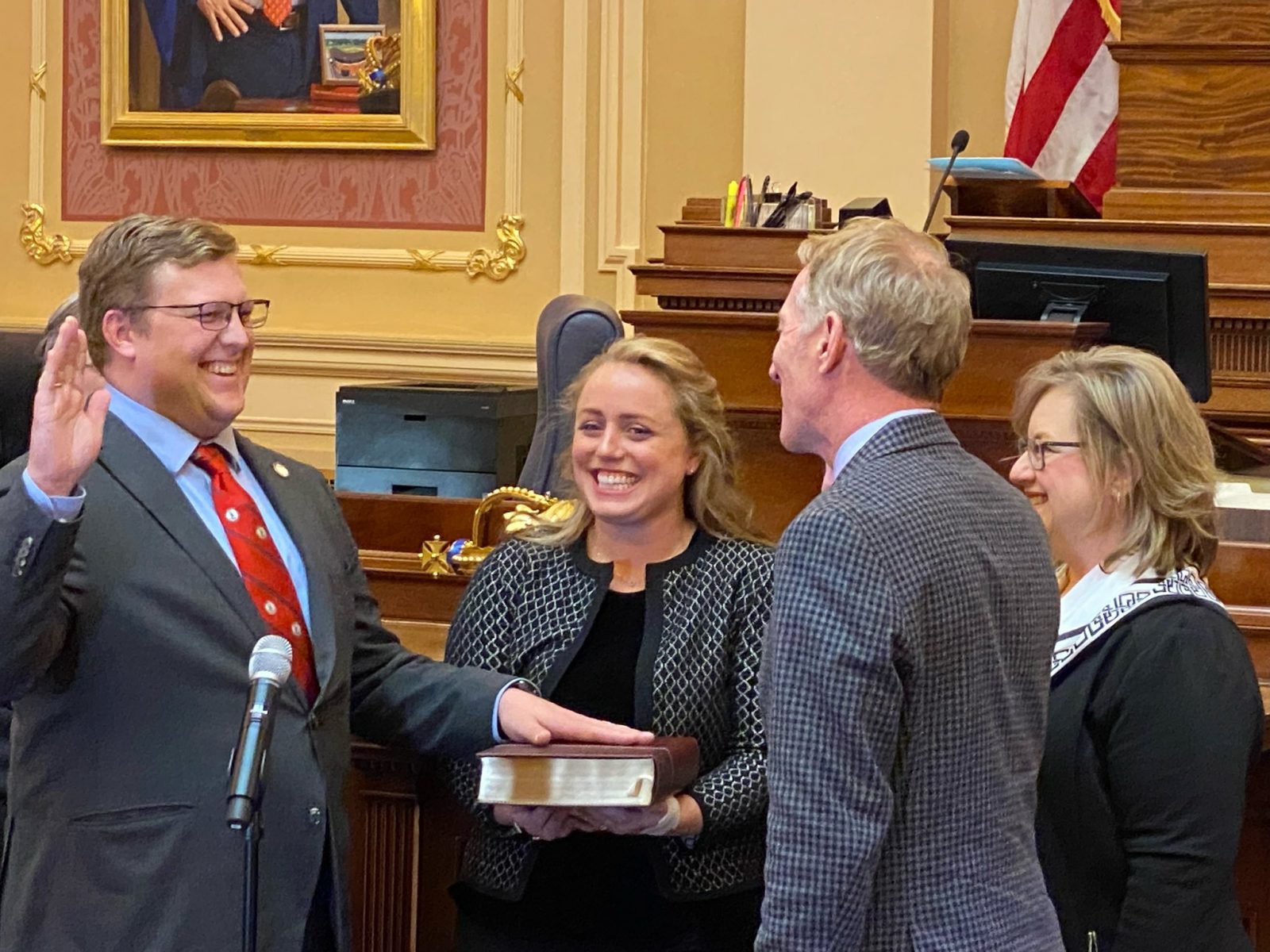 The following statement can be attributed to Delegate Wren Williams:

“A year ago, I ran for office for the first time because I saw our communities in Southwest Virginia languishing,” Williams said. “People told me they felt they had no strong voice for them in Richmond. Liberals in NoVA had been running Virginia their way, without respecting our livelihood and conservative values. They pushed Critical Race Theory on our kids, passed laws infringing the 2nd Amendment, and weakened our election laws to allow fraud and abuse. But the rest of Virginia spoke up – from my district of Franklin, Henry, and Patrick, to the far reaches of the Appalachian mountains in Southwest.”

“It is a surreal honor to become a member of the oldest continuous law-making body in America. It will be my privilege to fight for Southside and Southwest Virginia, and be a strong voice for our conservative values. These committee assignments – Privileges and Elections, Courts of Justice, and Public Safety – are energizing to me because my district needs an advocate for them on these issues. I will champion the 2nd Amendment, back our law enforcement, fight for secure elections, and straighten out our legal system so that it protects the rights and freedoms of law-abiding Virginians and their families. I will always stand for our conservative values.”

“I want to thank my incredible wife, Britt, and my family for their support. And finally, I must thank the thousands of people who volunteered, donated and voted to make me their representative. I could not be here without them, and I will not let them down.”

Wren William’s election previously made headlines after his landslide victory over entrenched, 14-year incumbent Charles Poindexter in the 2021 Republican primary. At just 33 years old, Wren Williams is one of the youngest Delegates in the Virginia House. During his campaign, Williams promised to reinforce the integrity of Virginia’s elections and to ban Critical Race Theory from Virginia Public Schools.

Wren Williams is currently the sitting delegate representing Virginia’s 9th House District. Prior to running for the House of Delegates, Wren served as Chairman of the Patrick County Republican Committee, where he increased membership, helped flip the board of supervisors to Republican control, and raised money to make Patrick County one of the most active Republican Committees in the Commonwealth earning the Republican Party of Virginia’s “Unit of the Year” award. During the 2020 election, Wren traveled the country to help the Republican National Committee (RNC) and President Trump fight for election integrity in the courtroom in Wisconsin. Outside of politics, Wren lives in Stuart, Va. with his wife, Britt, where they own and operate Schneider & Williams Law Firm.